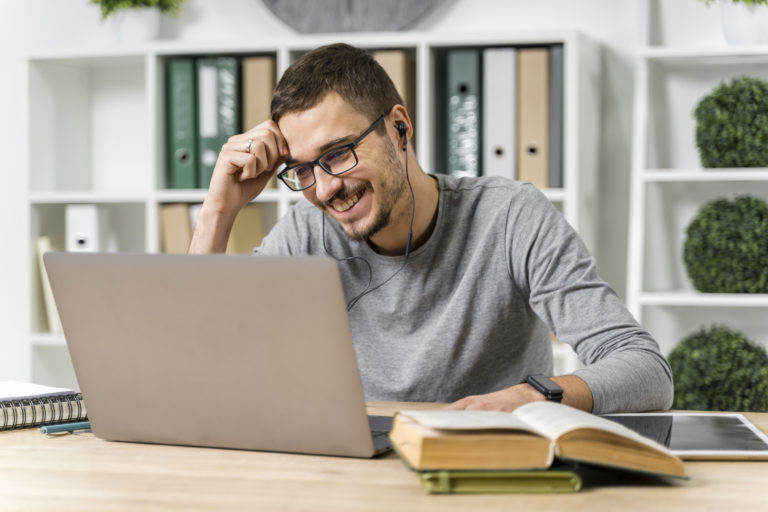 The Callan method established itself among Slovak language schools a few years ago, hailed as a “miraculous” way of quickly acquiring communication skills in a foreign language.  However, many students who enrol in such a course often know very little about it beforehand, only that it should help them quickly and easily acquire new language skills.  Where did the Callan method come from and what is it based on?

And is it really the best way for you to learn English quickly and easily?

Nothing new under the sun

Although we have only known about it for a few years here, the Callan method is in fact far from being a new, ground-breaking methodology.  It and other direct methods originated as a modern alternative to the translation method, which they replaced in the 1950s.  In essence, it relies on the theoretical assumptions of behaviourism, utilising the stimulus/response/reward principle just like Pavlov’s well-known experiment with dogs.  The Callan method applies this to language learning – the student who answers correctly is ‘rewarded’ with the teacher’s approval – thus reinforcing appropriate ‘behaviour’.

At first the teaching works exactly the way a foreign language should be taught – the teacher does not use the students’ mother tongue in class, only the target language, and the students are thus forced not only to comprehend but also to drop their inhibitions in speaking. This is great in theory, but the reality can be somewhat different.

So how does it work?

Throughout the lesson the teacher guides the students through a series of pre-prepared questions, to which the students respond with a prescribed answer.

Although these answers are not spontaneous – the teacher and the students read the scripts like actors – the process makes them feel like they are speaking English immediately.  You can in fact master the basics of the language very quickly this way. By making the students speak and constantly correcting their pronunciation, students of the Callan method quickly pick up around 2000 of the most commonly used words, and for a while they feel like they are on the right track. But what happens after that?

Not everyone can talk the talk

This way of teaching can be quite attractive at first but is also often tiring for the students.  It limits flexibility of creative thinking, which is sorely needed when speaking a foreign language. Repeating sentences without context can never lead to real life communication skills; unless you happen to find yourself in a situation identical to the one you encountered in your prescribed scenario in class. “How much does the ice cream cost? The ice cream costs more than the dessert.” We all know this just isn’t how things work in real life, and that we won’t get very far with “dictionary English”.

Hence the Callan method gained its first opponents quite soon after its introduction back in 1959, when Noam Chomsky’s devastating review effectively condemned similar methodologies to the ash heap of history. The door was instead opened to more subtle, “communicative” methodologies based on real communication.

Although the Callan method has long since been shown to be a dinosaur you can still find many schools in Slovakia that offer it, and at very reasonable prices.  Why is that the case if it isn’t effective? You should note that these language schools mostly offer this teaching method only at the “beginner” level – precisely because of what we’ve discussed above.  You’ll pick up the first 2,000 words pretty quickly, but it gets harder afterwards.  It is similar in the case of training teachers to utilise this method. “Teaching the Callan method” is actually very easy: The teachers don’t even need any qualifications to teach English – it only takes one week to train a Callan method teacher! And as all the lessons are pre-planned in scripted form, there’s no need for extra preparation before the lesson or even any knowledge of grammar.

A crash course in genius? Far from it!

Today, we all know that acquiring strong communication skills is important and not all that easy.  No one “magic” method will teach you to speak a language in a week or a month. That is why teachers and adult educators tend to say that we are living in a post-methodical age, and the so-called eclectic method is coming to the fore. It’s based on a simple principle, yet one that requires a lot of experience – we choose different methods and approaches to teaching with regard for the needs of the learner. Just as you don’t become a doctor, a lawyer or an economist after a week or a month, the job of a teacher requires theoretical knowledge and experience.  A teacher who understands teaching and learning will ultimately save you a lot of time, effort and money. After all, no one wants to keep starting from scratch.

Come learn with us

We can now teach language in an interesting, creative way; training and utilising the skills we really need in the 21st century. A well-designed English course will adapt to your needs, helping you improve in teamwork, creativity, presentation skills, critical thinking, and last but not least, communication skills.  We would be delighted to have you embark on this journey with us.  J

Take a look at our courses led by experienced teachers who can help you overcome any foreign language hurdles.