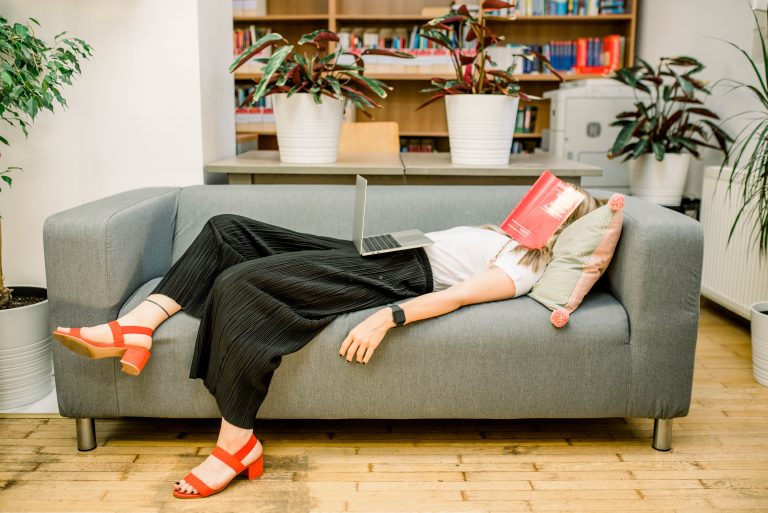 You’ve done it, your English is now B2 level. Congratulations! No, seriously, no sarcasm intended. It’s been hard work getting to this level and I’m sure it hasn’t always been easy and there may even have been times when you thought about giving up. You didn’t, and now you’re at the level where you can perform most of the functions you need in English. You can use past, present, and future tenses, you can make your wants and needs clear, you can express your opinions, and give some explanation and examples to support them. You still make some mistakes, there are some words and phrases you want to learn but still find tricky, and you still need to explain some things a second time because it wasn’t totally clear the first but, generally, you can express the majority of what you want without major communication problems. So, you’re going to keep improving, right? Right?!?

For many students, their motivation drops once they have reached B2 level, mainly because of the reasons listed above. A common comment from students is that, if they keep improving, if they learn more advanced structures and vocabulary, other people, whose English is not as good as theirs, won’t be able to understand them. The question “but if I use that word/phrase/grammar will other people be able to understand me?” comes up. And if other people can’t understand your higher-level English, what’s the point of continuing to improve?

There are so many reasons not to stop learning. Let’s take the idea that other people won’t be able to understand you if you use advanced language. It’s a fair point, teachers learn to adapt their language, the speed at which they speak, and many other factors, in order for their lower-level students to be able to understand them. For example, I often don’t use contractions but clearly enunciate each word for some of my students, I’ll be careful about my use of idioms and other metaphorical expressions, and I’ll simplify my language in many other ways depending on the level I’m teaching. Of course, being able to adapt my language is made easier because I have a wider and deeper knowledge of it. If you only learn one way to say something and the other person doesn’t understand you, what can you do? The more ways you learn to express yourself, the better you’ll be able to find the right words to make yourself understood, regardless of the level of the person you’re speaking to. And what about when you’re speaking to someone whose English is better than yours? If you’ve spent all your time using basic phrases and structures and never bothered to learn anything more because “no one will understand me” you might find that you’re the one who doesn’t understand when you meet someone whose English is C1 or higher. And it would be a bit embarrassing if the only reason you’re English hasn’t continued to improve is because you thought you’d never need that advanced language your teacher encouraged you to learn, wouldn’t it?

Another reason to consider is politeness. Yes, we all know to say please and thank you, and to think about our tone of voice and body language. However, I’ve noticed that its often lower-level students who are nervous of speaking in case they offend someone by using the wrong word. Meanwhile, higher level students don’t share this concern and have often come across as rude, when there was no intention to be, simply because they couldn’t think of a more sensitive way to word their question. Recently, I was asked a question starting with the words “why didn’t you”. Immediately I felt that I was being criticised for the way I had handled the situation I was describing. Even though I knew, logically, that I had managed the situation to the best of my ability at the time, I felt that I had to defend and justify my actions and choices. Obviously, this was not the intention of the speaker. Their question was intended as a way of offering advice and support, and they had done so in the best way they knew how. Unfortunately, the best way they knew how came across as a little tactless and insensitive. Learning more about the language, learning other ways of asking for more information, can help to avoid causing offence and creating tension. Changing the way we say things, in this example perhaps saying “would it have helped to….?”, would better ensure that there’s no misunderstanding and less chance that the other person will be insulted. This is just one example of a personal situation, what about in the work place? The manager conducting staff appraisals who asks something in a direct and blunt way and causes their employee to feel attacked or unappreciated. The sales person who loses a client, or fails to make a sale to a new one, because their choice of words sounds aggressive and insensitive. Knowing how to phrase something so that your intention is clear, without sounding rude, is essential. We may not all be perfect at doing it in our first language, but what hope do we have of getting it right in a second language if we stop learning.

Finally, if none of those reasons above are enough, perhaps this one will convince you to keep improving your language knowledge; the desire to entertain and connect with people through personal anecdotes, funny stories, and telling jokes. I was recently told by another teacher of a student who wanted to keep learning so they could be as funny in their second language as they were in their first. Yes, some jokes are culturally specific and we need an awareness of culture as much as language ability in some situations. Nevertheless, we all have a funny story to tell about something which happened to us. A night out with friends in a restaurant which had hilarious consequences, a trip somewhere which ended up being more dramatic than we planned, or even just an incredible experience which we want to share with others. None of these things are easy to convey if you don’t have the language skills and the vocabulary to do it. An amusing story gets boring quickly if the listeners have to wait all the time because you keep pausing to think of the word you want. That incredible experience doesn’t have as much of an impact if all you say is “we had a very nice time”. Where’s the detail? Where’s the descriptive vocabulary which makes me feel as though I’m right there with you? How can I create the images in my head and picture the events if you can’t describe it and keep having to correct yourself? Not to mention how confusing it can be if you don’t know the correct tense to use and the people around you can’t understand the order of events. Before I finish, I want to be clear; keep speaking. Please don’t let anything I’ve said above stop you from trying to communicate and trying to tell people about those experiences. You need to keep communicating and talking in order to practice your language skills so you don’t lose the ones you’ve already worked so hard to achieve. All of the reasons above are not excuses to stop speaking in your second language. They are reasons why you should keep going. As someone who can only speak one language, I am very jealous of your ability in a second (maybe even your third). Why stop learning when you’ve come so far?