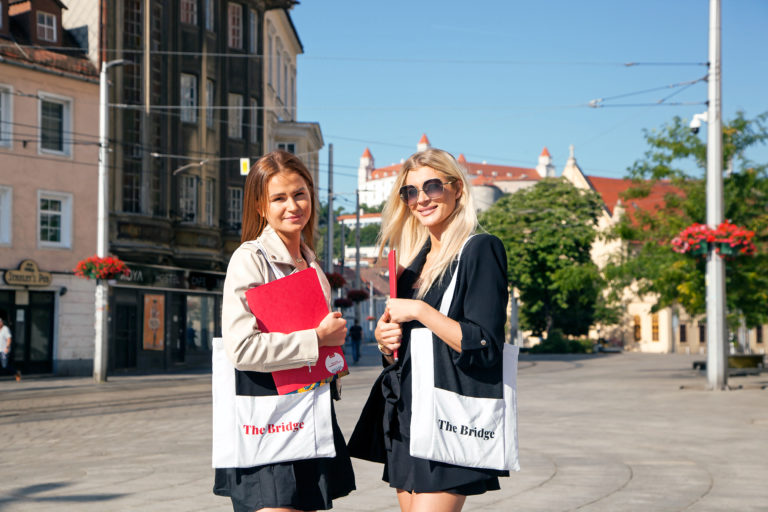 Bratislava an old city on a blue river

Ah, the Danube.  Second longest river in Europe, subject of untold numbers of paintings, poems, and most notably Strauss’s ‘Blue Danube’, one of the most famous waltzes in the world – so famous in fact that it even made it into Squid Game.  Historic border of empires – from the Romans, through being the boundary between the Habsburgs and the Ottomans, to hosting the ‘iron curtain’.  It flows through more countries than any other river in the world (10), through more capital cities than any other (4), is estimated to provide drinking water for some 20 million people, and is considered crucial in the development of some of the earliest known proto-European cultures.  And if you live next to it for long enough, you might actually see it being blue.  I’ve been here for some 3.5 years now and it’s never been blue, but maybe I’m just unlucky. The cityscape is still dominated by Bratislava castle, which although currently a relatively modern recreation, has been watching over the city in more or less it’s current form (with varying degrees of success) since the 14th century.

Bratislava is the only capital/major city actually located on the ‘iron curtain’ and is still the only capital city in the world (apparently) that land borders two other sovereign states.

This all seems like a history buff (and I am) getting misty-eyed over the machinations of various empires through history, but the truth is that the history of the city does inform the various benefits of Bratislava today.  Let’s be honest for a second – it’s not Vienna, or Budapest, or Prague, even if property owners seem determined to delude themselves that it is – but more on that later.  It does however provide easy access to the first two of those major European cities, by train Vienna is less than an hour away, and Budapest a mild 2.5 hours.  Prague is a bit more of a hike at a bum-numbing 4.5 hours approx. but like Budapest (my personal favourite) is a truly fantastic option for a long weekend break.  Another gorgeous Czech city, Brno, as well as Breclav and the stunning Palava region are just over the border.  Bratislava is a stop on the various Danube River cruises, and a popular day-trip visit for all those backpackers and tourists doing the whole Prague-Vienna-Budapest thing, although I shudder to think of the numbers who get off the train at Bratislava’s main station, have a quick look, and just turn right around and go back on the train.  Seriously, something needs to be done about that station.  In classic ‘post-Communist’ fashion they’ve been talking about it for decades, yet no-one is quite willing to actually pay for it.

Live in a central European hub

Aside from the city-hopping international options (for someone who grew up on an island, the fact you could go for a half-day drive and visit at least 4 countries still stuns me) Slovakia itself has plenty to offer.  Just to the east the lovely city of Trnava is ambitiously called ‘Little Rome’ (I’ve never actually been to Rome but I sincerely hope that nickname is doing Rome a disservice); historical and beautiful cities and towns abound – Nitra, the Unesco World Heritage site Banská Štiavnica, the border towns including Komarno/Komárom.  The further east you go, you can follow the Little Carpathians and on (again assuming you don’t mind long train journeys or if you drive) to the majestic High Tatras mountains on the border with Poland.  Further east brings you to reportedly the biggest castle (ruin) in the world (I seem to remember reading or hearing that Slovakia has the most castles for a country of its size, even if it hurts a Scot to hear it) and of course Slovakia’s second city Košice, a lovely place (which hosts a good-sized international film festival in the summer that I’ve attended a few times) but one which staggering numbers of Western Slovaks have never been to.  Seems strange to me, but they can counter with the argument that why would they spend 6-odd hours travelling to Košice when less time can get them to Prague, Vienna, or Budapest.  Fair point.

Slovak language can be fun

On the subject of language, here ‘no’ means ‘yes’, but for language fans a fairly interesting aspect of the Slovak language is that it serves as a basis for many of the other Slavic languages.  ‘Git good’ at Slovak and you can largely get by in Czech, make yourself somewhat understood in Polish and to a lesser extent Croatian, Slovenian, Serbian etc.  The degree of difference increases as you move towards the ‘Eastern Slavic’ languages but all Slavic languages share some degree of commonality.  Forget about Hungarian though, that’s just weird.  For native English speakers there is a fair amount of loan words or common derivatives, and you might find it amusing how much more phonetic their spelling is than ours – frankly in many cases Slovak spelling makes more sense than our own!  Still can’t get my head around the excessive use of commas though – I thought I chronically overused commas until I came here.  It is a notoriously difficult language to learn proficiently, but in my own experience it doesn’t take too long to get the hang of essential shops-restaurants-bars language and pick up a few useful phrases.  Being the capital city, the general level of English is pretty high regardless.

All across the country but most importantly even close to Bratislava there are walking and/or hiking options in the spring-autumn, skiing options in the winter, Danube cycle or rollerblading (really popular here) paths, parks and lakes, swimming areas in the river itself, plentiful options for outdoorsy types; vineyards (what have the Romans ever done for us?) for the alcoholics – sorry, sophisticates; spa towns aplenty (the region, particularly their southern neighbour Hungary has a frankly ridiculous amount of natural springs) for those who prefer ‘self-care’, whatever that actually means.  I like a glass of wine, but my only real hipster indulgence is craft beer, and even in this small-ish city there are plenty of options;  including a twice yearly craft beer festival featuring Slovak and international brands.

Where does the money come from?

Not to mention that Bratislava itself is without any doubt the cultural and economic centre of Slovakia to such an extreme that it even causes internal tensions in the country, but that is hardly unusual.  Museums, art galleries (Galeria Nedbalka is a personal favourite), theatres, and more can all be found here along with a frankly obscene number of shopping malls/centres if that’s your thing.  A decent selection of film & music festivals crop up every year too.  Such is the economic dominance of Bratislava that according to the EU in 2017 Bratislava was ranked the third richest region of the whole EU by GDP, with ‘purchasing power parity’ (I don’t know either but it sounds good – alliterative) at three times greater than the rest of the country.  There has been a concerted effort in recent years to position Bratislava as something of a tech hub, largely led by the Slovak internet security giant Eset and internationals like IBM & Lenovo, while much of the rest of the country remains tied to manufacturing, mostly in the automotive industry – Volkswagen is the largest employer in the west of the country.  It seems to be common consensus that Slovakia produces more cars per capita than any other nation in the world.  And hey, they’ve recently produced the world’s first flying car, so that’s pretty cool.

All this does have one notable downside – it’s an open secret that Bratislava is in something of a property bubble, with prices comparable to those in Vienna and Prague, although cross border commutes to Austria and from Hungary are fairly common.  It’s not cheap to rent or buy in Bratislava, particularly in the centre, where I live. However, even as a teacher I can still afford to live alone. Per square meter prices continue to be (artificially) inflated, even though the pandemic and the advent of working from home, meaning the number of internal economic migrants from the East of the country (in particular) dropped dramatically.  It is a problem but as we all know, bubbles eventually burst.  The general cost of living, although still higher than the rest of the country, is pretty reasonable by so-called “Western” standards.

Life is good in Bratislava

To sum up, aside from the plentiful travel opportunities Bratislava itself has just about everything you would expect from a capital city.  Whether you’re into ancient or modern history, a ‘culture vulture’, shopping, alcoholism, self-care, stupidly hot summers and cold winters, Ice Hockey, tech start-ups, strange mixes of Gothic, Baroque, and Soviet era Brutalist architecture, city squares that mostly are absolutely not square, or just a big fan of major European rivers (you know who you are….), Bratislava (under no circumstances call it ‘Blava’ – they hate it!) has something for everyone.  Many of us here at The Bridge (myself included) are long serving, and life on The Danube in Bratislava plays a major role in that.  Ignore what you may have seen in ‘EuroTrip’ or (sigh) ‘Hostel’; Bratislava is every bit the modern Central European capital city.

Disclaimer – a lot of the numbers and stats in this article are taken from the Wikipedia entry for Bratislava, references are there.

Anthony Forsyth, teacher at The Bridge