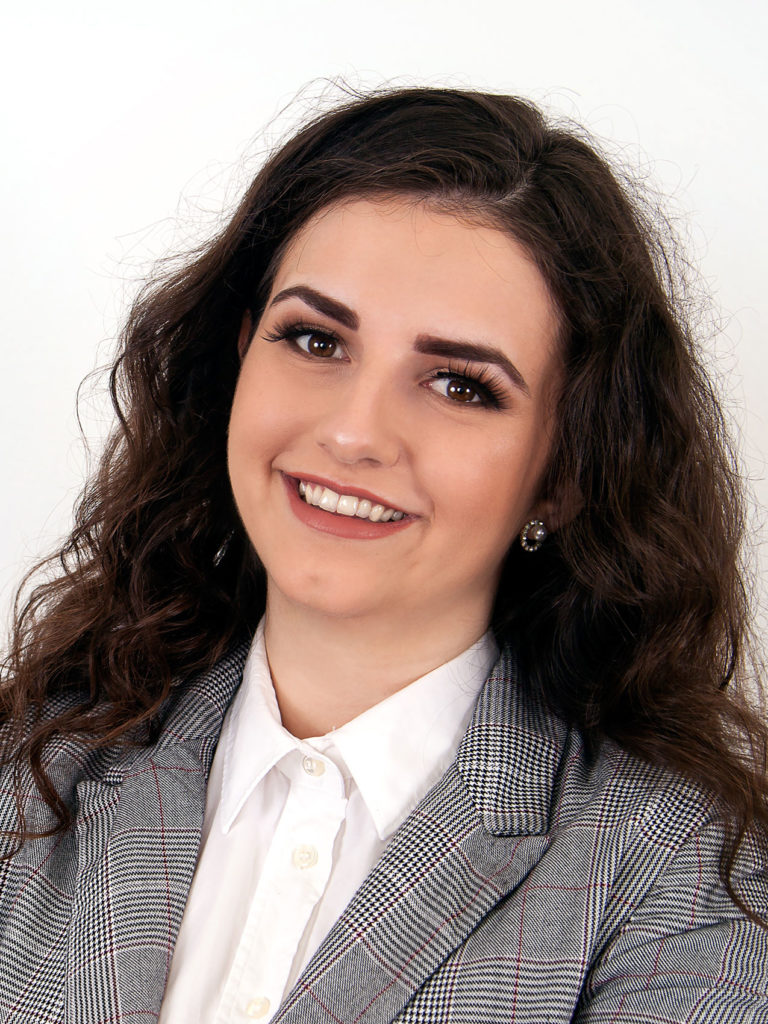 Vanda comes from Prešov and has recently graduated from Comenius University where she studied both English and Slovak language and literature.

She has been teaching full-time at the Bridge since 2017. She is very friendly and sociable and people find her very approachable. Vanda specialises in children’s classes, while also giving a range of general English and grammar courses for both individuals and groups.

She loves adventure, good coffee, books and music. Vanda is a keen athlete and and has been an active floorball player and children’s coach for 12 years. Her team won the Slovak championship in 2010. Floorball has given her a great team spirit and determination .

Vanda is an excellent teacher and thinks languages are not only a way to communicate with others, but also an essential way of getting to know other cultures. She thinks life is too short to speak just one language and is also learning Spanish and Russian.