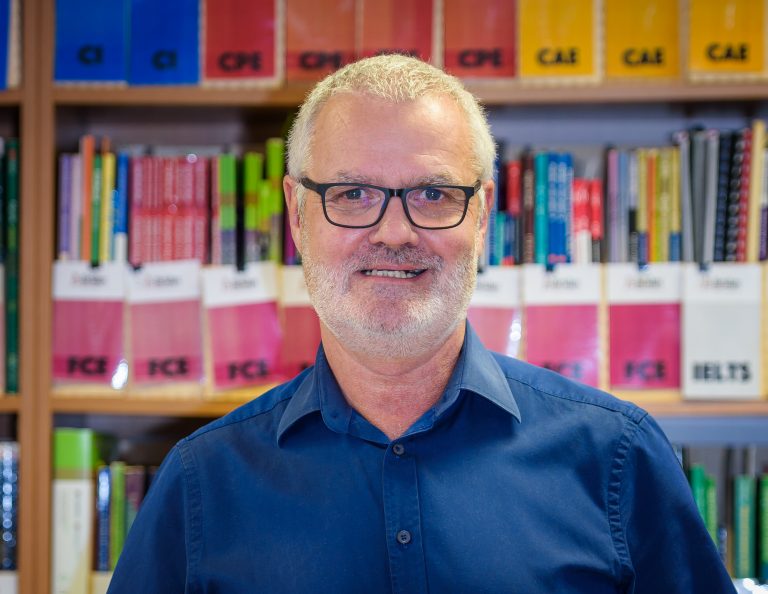 Ben likes to create his own activities and students love his  “survival game.”

Ben became an English teacher after spending 25 years in the British Armed Forces. He was awarded the CELTA certificate at  Anglo Continental, Bournemouth, England. In 2010 he graduated from Southampton University, UK, where he studied Corporate risk management.

He has been living in Bratislava since February 2015, when he joined our language centre. As he says himself, he appreciates being part of a professional team of colleagues, whom he finds  friendly, open and welcoming.

He likes talking to people about various topics. In his free time he loves playing the guitar, doing sports and exploring Bratislava and other places in Slovakia.